We are still seeing delays to some deliveries, please allow more time for your parcel to arrive

As is the case with most hobbies, when you start out you’ll need to have some basic knowledge and as you continue with the hobby you’ll gain specialist knowledge. A fantastic piece of knowledge that most aquarium lovers will never learn however is how to identify the different types of algae in your tank.

It’s rare people have this skill since when they see algae they just want it gone which is understandable. But this blog will take you through how to identify the different types of algae you find in your tank and hopefully with this knowledge you’ll become better equipped to finally get yourself an algae free tank! 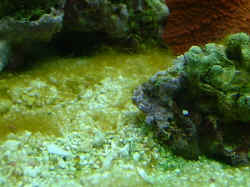 This type of algae is considered very common amongst most people who care for an aquarium. It is green in texture and is essentially just a cloudy wall that appears in your aquarium. It’s simple to remove and is neither harmful or particularly unflattering for your aquarium so if you come across it you won’t need to panic like you will for some of the other forms on this blog! 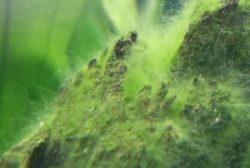 When referring to Green Hair Algae we are categorising a massive amount of algae. These types of algae are traditionally hard to distinguish between other algae types. Usually you can find out if it is green hair algae from simply attempting to pull it out since they are easy to pull out or scrub off. 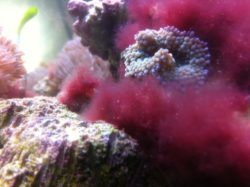 This algae is actually very rare and some variants are very attractive so you could even consider leaving it be if it appears in your tank! However If you are unfortunate enough to have one of the less visually pleasing variants appear then it is relatively easy to remove. They are going to grow rapidly if they do appear in your tank so act fast if they are an unwanted guest! 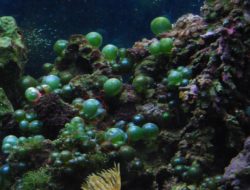 This is another variant that is going to spread rapidly, so you’re going to want to try your best to get it removed as fast as possible. This is also one that most aquarium fanatics do not want to see in their tank since it is a real pain to remove. You’ll have to be very careful when dispatching of this one since if you rush it and mess it up you’ll end up spreading it rather than removing it. Or if you don’t trust yourself go right ahead and buy a creature that’ll do the task for you and eat it such as juvenile emeralds! 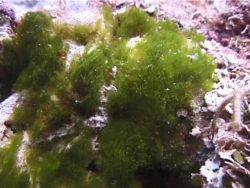 The final algae making an appearance on our list is Green Turf Algae. Their texture appears to be similar to that of moss. They tend to sprout from rock in your aquarium and if they do you’re in for a real nightmare to clean it up, at times it can really feel like these things are superglued on so you may want to remove the rock that has fallen victim to the attack and use other means to remove it. Alternatively, you can employ the services of an emerald crab who will eat it for you, the choice is yours!